© Meinhardt / MSF
Situated on the equator on Africa's east coast, with a population of around 45 million people and described as "the cradle of humanity", Kenya was once home to the largest refugee camp in the world.

Kenya's military entered Somalia in October 2011 to curb the threat of the Islamist militant Al-Shabab movement, which it accused of the kidnap and killing of tourists and aid workers. Since 2013, Al-Shabab has launched an increasingly deadly series of reprisal attacks in Kenya itself.

Médecins Sans Frontières first worked in Kenya in 1987. Our work in the country has continued to provide much-needed medical care in Kenya’s refugee camps and slums, while also responding to public health challenges and outbreaks of disease across the country.

Officially, free HIV treatment has been available nationwide for over a decade. Unfortunately, social stigma and long distances prevent many patients from accessing care. MSF works with the Ministry of Health and local communities to run outreach services, including door-to-door visits, testing and counselling, to reduce the spread of HIV and the number of deaths from HIV-related diseases.

Homa Bay has the highest rate of HIV infection in the country, with over 24% of the population of the county testing positive to the virus, and 2% of the population infected every year. MSF supports both inpatient and outpatient services in 33 facilities in Ndhiwa subcounty, in addition to two wards for patients with advanced HIV-related diseases. MSF also supports the tuberculosis (TB) ward at Homa Bay county referral hospital, treating patients with both drug-sensitive and drug-resistant strains of the disease.

The Dadaab refugee camps in northeast Kenya have sheltered refugees for over 25 years.

The camps came under threat in 2016 when the Kenyan government announced their intended closure, citing economic, security and environmental concerns. The decision would have forced the inhabitants, nearly 250,000 Somali refugees, to return to Somalia, where there is limited access to healthcare and ongoing insecurity.

In February 2017, in a ruling that was welcomed by MSF, the High Court of Kenya put a stop to the government’s plans to close the Dadaab camps.

Sexual and Gender based violence

MSF provides psychological, medical, legal and social assistance to victims of sexual and gender-based violence in the capital, Nairobi, through its project in Eastlands. The project has a toll-free 24-hour call centre and an ambulance referral service.

We have also launched a sexual and reproductive health project in Mrima health facility, in Mombasa. In partnership with the Mombasa County Department of Health, we aim to reduce maternal and newborn mortality in the area.

Before MSF started its medical activities in Likoni, there were no emergency obstetric or neonatal care facilities in the highly populated sub-county of Likoni. Expectant mothers had to take a ferry across the channel to reach the maternal services on Mombasa Island. In an emergency, the time taken to make the crossing could prove life-threatening for mothers and babies alike. This is why MSF decided to rehabilitate and expand the old Mrima health centre in Likoni. © Odongo / MSF

In 2017, MSF began the handover of several projects.

MSF is now supporting Ministry of Health facilities to deliver drug-resistant TB (DR-TB) services in Nairobi, and staff in the city will continue to oversee hepatitis C treatment until all patients have completed their courses of medication.

In June 2017, MSF handed over the facility it had been running for 20 years in Kibera, the biggest slum in Africa. The people from Kibera refer to it as "kijiji," which means village in Swahili. The project, which started as a small clinic in 1997, has grown into a major health facility providing comprehensive primary and secondary healthcare, including care for TB, HIV, non-communicable diseases (NCDs), such as epilepsy and asthma, and sexual and gender-based violence, as well as ante- and postnatal services and deliveries.

MSF teams are currently mentoring Ministry of Health staff in the management and care of non-communicable diseases in seven locations. They share the results with other organisations with the aim of increasing access to care for these conditions elsewhere. Teams also responded to outbreaks of cholera in Nairobi and Dadaab, chikungunya in Mombasa, and malnutrition in the region formerly known as North Eastern Province

Find out more about Kenya 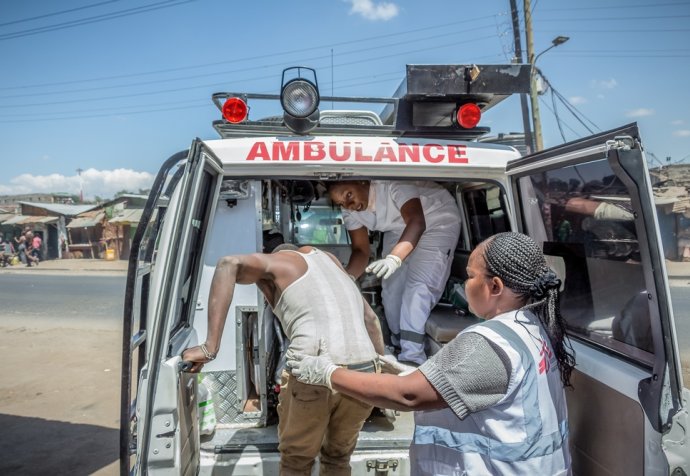 Kenya: A night on call in Nairobi 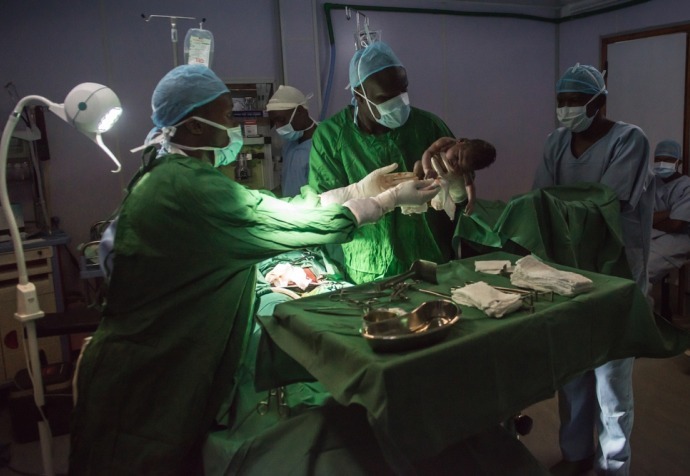