Living and learning with epilepsy in Liberia

Médecins Sans Frontières has been providing care for people living with epilepsy in Montserrado County, Liberia, since 2017, in collaboration with the Liberian Ministry of Health. One in four of the 1,200 patients is school-aged, and without clinical care and psychosocial support they risk missing out on life’s most important opportunities.

Epilepsy is a very common brain disorder that causes recurrent seizures. Although epilepsy has no cure, treatment can bring the seizures under control in most people.

Yet not everyone living with epilepsy can get access to care. Depending on where they live, the treatment gap is small or extremely large: on average, as few as 10 per cent or as many as 75 per cent of people with epilepsy untreated.

Childhood is the most important developmental period for humans. If seizures start in childhood without early diagnosis and timely treatment, it is impossible to avoid setbacks that will reduce the quality of a child’s life.

Médecins Sans Frontières’ program with the Liberian Ministry of Health is addressing the epilepsy treatment gap by building a comprehensive approach, wrapping support around the children, their families, their schools and their broader communities, so that this young generation can live, learn and plan for their future with epilepsy.

Many children with epilepsy are deprived of going to school because their family and immediate community think that they are useless. They are not given the same opportunity as other children; they are left to do all the domestic work.

Epilepsy causes repeated seizures. Seizures involve sudden, uncontrolled electrical activity in the brain and manifest in many different ways, such as changes in physical behaviour and movement, sensations in the individual, and consciousness. Particularly when recurrent or prolonged, seizures can be dangerous and life-threatening. Being close to fire, or water, or elevated from the ground when having a seizure increases the risk of harm.

Seizures can be very visible and very frightening, which can stigmatise the person experiencing them.

Marilen Osinalde, who recently completed an assignment as mental health activity manager in the program, explains: “In Liberia, epilepsy is a condition that is not very well known and children will usually have many symptoms, especially physical, such as convulsions. This can be scary for them and anyone looking on. The children stop going to school, they are socially excluded, and sometimes they develop psychological suffering or mental disorders. Stigma is one of the risk factors for them to not continue their treatment.”

There is a common belief that epilepsy is a curse on the person, says Vivian T Sambola, a psychosocial worker at Clara Town Health Centre, one of five health facilities involved in the program. “Many children with epilepsy are deprived of going to school because their family and immediate community think that they are useless. They are not given the same opportunity as other children; they are left to do all the domestic work.”

Other myths compound the problem. “We explain that epilepsy is not contagious, but having a child experiencing seizures is embarrassing for the mother and the family,” says Sambola. School teachers may refuse to have the student in their class, and peers can be quick to shun or bully them.

For parents whose hopes were pinned on their children gaining the education they missed out on, some unable to read or write themselves, this feels like a cruel blow.

The joint Médecins Sans Frontières – Ministry of Health program aims to integrate epilepsy care into the public health system and raise awareness in the public’s mind. It involves a multi-disciplinary team: clinicians who are specialised in epilepsy and mental health, psychosocial workers, counsellors, and community health volunteers. Each has a specific role with the aim of providing the most complete care for the patient, amplified by engagement with the patient’s broader community.

“We create awareness in the community because we believe if patients and caregivers are aware of what epilepsy is, and that it can be treated, they will also have faith to come and get that treatment. [Throughout] treatment we continue to create awareness, telling them about adherence to the treatment protocol, telling them about the basics and the precautions to take when it comes to caring for people with epilepsy,” says Sambola.

Treatment focuses on altering the electrical activity in the brain that is causing the particular type of seizure so that it won’t recur. Clinicians, trained by Médecins Sans Frontières, choose the most appropriate drug from a small group of so-called first-generation anti-epileptics. Although proven to be effective, these represent another treatment gap, as for several reasons there are other countries with a wider choice than Liberia, which is something Médecins Sans Frontières would like to see change.

If you have epilepsy and you are being bullied, you develop that negative mindset that you are useless. If we don't work on the psychosocial problems, and they are taking medication, it doesn't work.

Patients are prescribed their anti-epileptic medication twice daily. Following monthly check-ups, if they’re seizure-free after two years, some patients can come off the therapy. Parents and caregivers are highly influential in how their children progress.

Gertrude is the mother of 14-year-old Peter*, who came into the epilepsy program this year. “The lady [psychosocial worker] from the clinic told me, ‘You can't miss a day. The time they gave you to come to the clinic, you should come. Don't be weak. Be patient for your son. It will work.’ ”

Like Sambola, psychosocial worker S Wonka Reeder Senior helps patients address the problems in their way. “If you have epilepsy and you are being bullied, you develop that negative mindset that you are useless,” explains Reeder. “If [we] don't work on the psychosocial problems, and they are taking medication, it doesn't work.”

If children miss appointments repeatedly, their psychosocial worker will arrange a home visit with the local community health volunteers, to understand why. Reeder took this approach with another teenage client, Mary*. “I kept going home every week. And gradually, Mary started to come for her treatment regularly.”

Going back to school after sick leave, as Mary did, or starting a new school, like Peter did, takes courage. The outreach team mobilises each time to help build acceptance among the teachers and the students, and to inspire the school leaders to add value however they can.

T Abraham Thomas Queegbo II, vice-principal at Mary’s school, is proud of the support that the school has received and has in turn been able to give to Mary: “We have trained counsellors here at school. It helps her from being traumatised, from being distinguished from her friends. We say to her, ‘Do not feel bad about yourself. This thing is a sickness. You can still make your life’."

The outreach team also provides practical guidance on what a seizure looks like, and what to do if a child experiences one. Staff are trained how to maintain everyone’s safety: the patient’s, the other students’, and their own. Once the seizure has stopped, the most important thing is to ensure a speedy transfer to hospital.

Mary lives in Monrovia with her elder sister, Annie, who is glad to see Mary back in school now that her epilepsy is under control. © Carielle Doe/MSF

Families look to the future

At every step of the way, the program is designed so that children living with epilepsy can have access to treatment and live a normal a life as possible. It’s designed to enable them to share food with family and friends, play together, learn, and trust in their own abilities to decide their future.

Gertrude remembers how she worried about Peter. “I was thinking he was not going to be able to go to school again.” But now, Peter is looking forward to finishing high school and, if Gertrude has her say, learning a trade.

Mary, who enjoys studying as much as laughing and talking with friends, holds a shy ambition. “I want to become a medical doctor, to be helping people.”

I want to become a medical doctor, to be helping people.

The program is now well supported by the communities it works within, their members often referring people for care. “This is very positive,” says Osinalde, “because it means that when a child is starting to have symptoms, the earlier they come to the facility, the better their treatment, and the more effective we’ll be.”

To respond to this demand, Médecins Sans Frontières will continue to invest in capacity building, to expand the healthcare workforce that can respond to epilepsy with the necessary tools and skills.

But an important next step in the program will be advocacy to secure access to newer generations of epileptic drugs with fewer side-effects, wider tolerance with other drugs, and safer profiles in pregnancy. So that more children can be comfortably seizure-free, and share all the opportunities young people are entitled to.

* Surnames have been withheld.

As part of the epilepsy program in Liberia, the psychosocial team supports schools and schoolteachers to help children with epilepsy return to school. © Carielle Doe/MSF

Can you help support our work?

As an independent, impartial medical humanitarian organisation, Médecins Sans Frontières can respond rapidly to emergency situations and deliver urgent care to people in need – no matter who they are.
By making a donation, you can also help ensure that we can be there to provide healthcare to people with limited access, in places like Liberia. 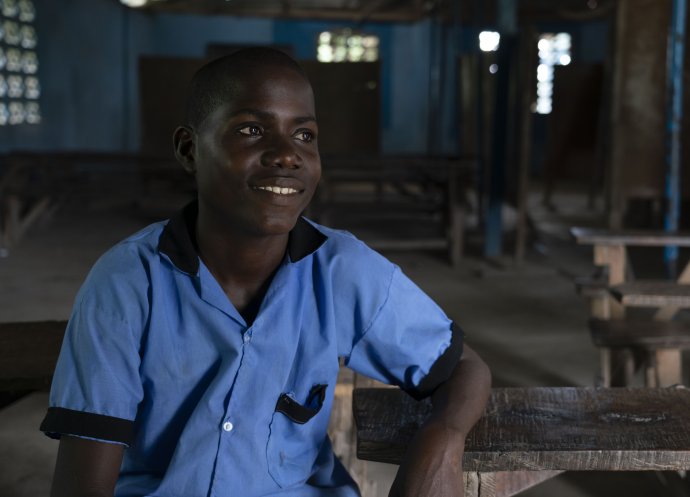 Living and learning with epilepsy in Liberia: Peter’s story 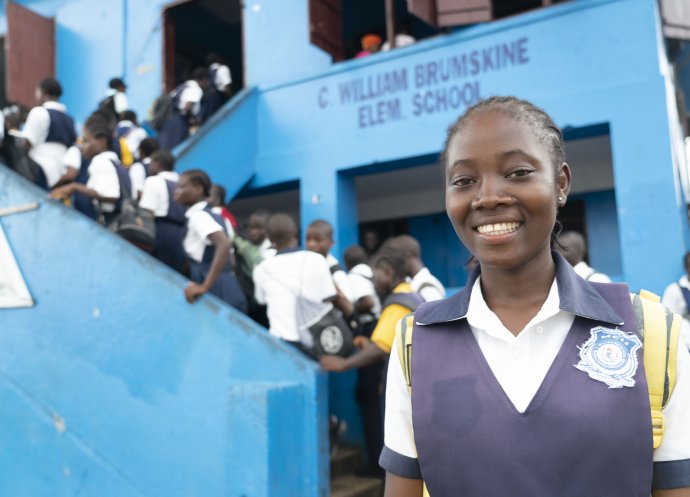 Living and learning with epilepsy in Liberia: Mary's story