Ensuring medicines are affordable and available

Safe, affordable and effective medicines are essential for good health, but for many people these lifesaving products are still a luxury.

An estimated two billion people worldwide have no access to essential medicines and vaccines. From the excruciating pain of a child’s earache to women who bleed to death during childbirth, lack of access to medicines results in significant pain and millions of preventable deaths every year.

Global access to approved COVID-19 vaccines is essential to ending this pandemic. MSF’s Access Campaign is focused on ensuring these essential medicines are affordable and accessible to all who need them.

What good is a breakthrough treatment if the people who need it can’t afford it?

Medicines shouldn’t be a luxury, but the multinational pharmaceutical industry has had almost unlimited pricing power, prioritising profits over people’s health. Children miss out on lifesaving vaccines when costs are too high, and often our teams cannot treat patients because medicines are too expensive, no longer produced, or are highly toxic or ineffective, with no one researching better treatment options.

As a medical humanitarian organisation, MSF believes that people should not be denied access to lifesaving or health-promoting interventions for the sake of profit. Medicines must be affordable, accessible, good quality and safe. Keeping the cost of drugs low means that those living in low- and middle-income countries can still access these essential treatments and preventative measures.

Médecins Sans Frontières launched the Access Campaign in 1999, in response to the need for better drugs, vaccines and diagnostic tests. The campaign was established against the backdrop of the HIV/ AIDS epidemic: while lifesaving drugs had transformed HIV into a chronic but manageable condition in richer countries, the medicines were priced out of reach in developing nations.

Meanwhile, MSF medical staff found that they lacked effective treatments for other diseases such as tuberculosis and malaria. Pharmaceutical corporations did not consider it profitable enough to develop drugs for people who could not afford to pay high prices.

The Access Campaign advocates to remove barriers that keep people from getting the treatments they need to stay alive and healthy. It focuses on bringing down prices and ensuring drugs, tests and vaccines are available and affordable for people who need them, as well as encouraging research into improved treatment options.

MSF protested in front of the New York Stock Exchange in New York on January 22, 2020, demanding that pharmaceutical corporation Johnson & Johnson make the tuberculosis drug Bedaquiline available for all people with a drug-resistant form of the disease. © Negin Allamehzadeh/MSF

Since 1999, MSF’s Access Campaign plus civil-society demands to put patient lives before profits have contributed to several critical wins to reduce costs and improve availability of lifesaving drugs and vaccines.

Johnson & Johnson’s oral tuberculosis treatment bedaquiline is the backbone of drug-resistant tuberculosis treatment and replaces older, more toxic treatment options. In 2019 we launched a global campaign urging the company to reduce the cost for the drug in low- and some middle-income countries to $1/day, with 120,707 people signing MSF’s petitions calling for more accessible pricing. In July 2020, Johnson & Johnson announced that a reduced price of US$1.50 per day—32 per cent lower than the previous lowest price—would be available to a list of countries determined by the corporation.

When a new breakthrough hepatitis C cure was introduced in 2013 it cost around AUD$1,500 per pill. The Access Campaign along with other civil society organisations supported legal challenges to break drug company monopolies, eventually contributing to the price of the medicine dropping to roughly $1.50 per pill in some countries. We continue to campaign for the drug to be more affordable in other countries where it remains priced out of reach for millions.

We campaigned over many years to break drug company monopolies to improve price competition and generic manufacture, therefore leading to lower prices of essential HIV drugs. The cost of HIV treatments have been ultimately reduced by more than 99 percent, with the yearly cost to treat a single person dropping from over AUD$15,000 in 2000, to less than $150 today. This was again due to drug company monopolies being broken to improve competition.

In the early 2000s, Access Campaign’s ‘ACT Now’ campaign urged countries to switch to more effective artemisinin-based combination therapy (ACT) for malaria, which most African countries did by 2008.

The Access Campaign succeeded in getting pharmaceutical companies to significantly drop the price of the pneumonia vaccine for humanitarian organisations working in emergency situations, through its ‘A Fair Shot’ campaign.

As researchers around the world race to develop vaccines and treatments for the new coronavirus, COVID-19, the Access Campaign is focused on ensuring that any drugs or vaccines are affordable and accessible for those who need them.

The Campaign is urging governments, pharmaceutical companies, research organisations and other groups involved in developing treatments and vaccines to ensure that any new medical tools are supplied based on need rather than profit.To ensure vaccines will be available to those who need them, MSF is monitoring vaccine development and reviewing for the following access barriers:

There are a number of specific steps that governments can take to ensure availability and reduce prices – such as suspending and overriding patents using ‘compulsory licenses,’ and implementing price controls. Removing patents and other barriers is critical to avoid monopolies and help ensure that there are sufficient suppliers selling at affordable prices.

The Campaign is also calling for improved transparency and coordination among governments and other buyers to overcome any weaknesses in the supply chain. If treatments or vaccines are able to reach the people who need them, then ultimately more lives can be saved and the pandemic will end more quickly.

The coronavirus knows no borders – and nor should any treatments, vaccines or diagnostics.

Pharmaceutical corporations often neglect certain diseases in their research and development if they are considered to be unprofitable. This leaves the people suffering from these diseases with inadequate treatments and increases their suffering. Neglected diseases include tuberculosis, malaria, and African sleeping sickness, and with the majority of those suffering these diseases unable to pay high prices, many are left without adequate healthcare.

In 2003, MSF joined forces with six other organisations to establish the Drugs For Neglected Diseases Initiative (DNDi). Focused on improving the quality of life of people suffering from neglected diseases, DNDi develops new drugs or new formulations of existing drugs that others are unable or unwilling to pursue.

Based on our field experience with vulnerable populations, MSF staff produce important field research that improves the quality of healthcare provided to those living in low- and middle-income countries.

Through investment in research and development capability in developing countries, MSF advocates for increased study into neglected diseases. MSF uses research to call on companies and governments to bring unprofitable but essential medicines back into production, and supports developing countries to legalise safeguards that help protect access to medicines.

This MSF-produced field research, with published articles in over 100 peer-reviewed journals, has resulted in updated clinical practice and procedures and support for humanitarian advocacy. The MSF Field Research site archives these scientific articles and presents the full texts free of charge. 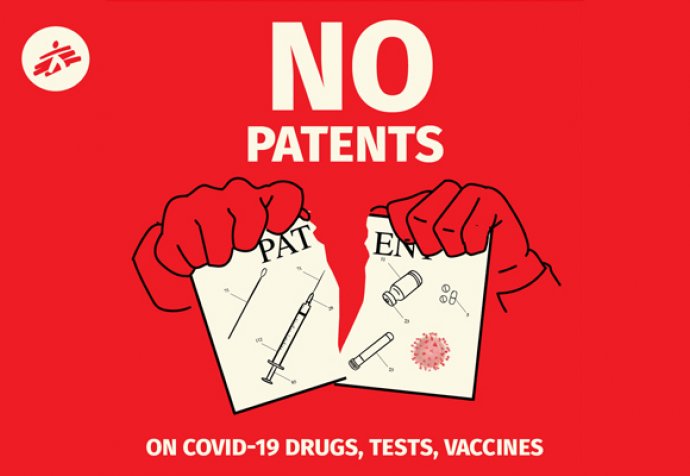 COVID-19: vaccines and treatments must be accessible and affordable 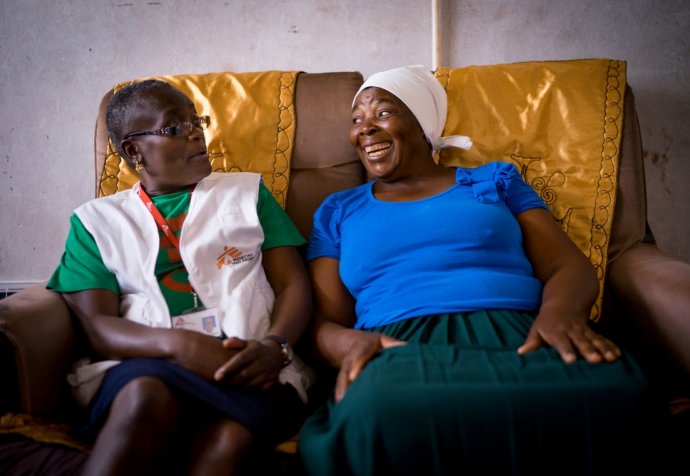 Why are so many women dying of cervical cancer?